I just sent an email to a former foster kitty’s mom letting her know that her JCAPL adopted kitty is in the 2014 calendar! Congratulations to Jack Sparrow!

The day after I lost a foster kitten to pneumonia,  an orange kitty needed a foster home. Even though the pain from losing Captain Jack didn’t go away, the warmth of Jack Sparrow’s purr did provide comfort. The process of letting go of a foster so they can go to their new family is always hard, but the link between Captain Jack and Jack Sparrow made my heart sink a bit more than usual. Thankfully, the connection the adopter had with Jack Sparrow was obvious and that reassured me that he was going to the right home. It was a great moment when I received the first email from Jack’s mom. I love getting emails from adopters…several emails from an adopter is even better! 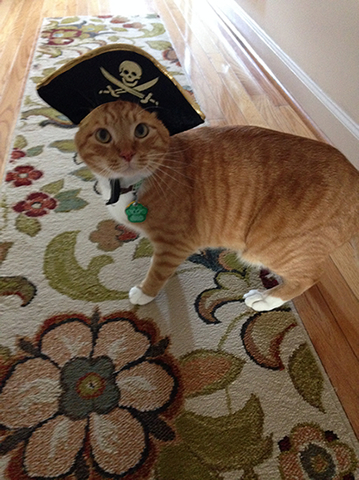 I have been thinking about you since yesterday, I could tell you and Jack were really close and I wanted to let you know he is fitting in really well here. Right away he was curious about his new home, his new dog Cher, and his new Mommy. He is eating well and even went potty in his litter box with no problems. Last night he slept with me and this evening he took a cat nap with me.

I’m very happy he likes to cuddle so much because that’s one of my favorite things to do with Cher and now with Cher and Jack 🙂
I plan to drop off the pet carrier early this week. I will email you when I do. Thank again for everything and I’ll keep you updated!

I just wanted to pop in and let you know how Jack Sparrow is doing, he is actually doing really well! He talks sooooo much. He loves to drink water out of the faucet. His Daddy bought him an automatic laser that he chases non stop. When we bring groceries in, Jack jumps into the bag and wants to be carried around the house. He even thinks its funny to jump into the fridge when we open the door. He’s a mess! So much fun to be around and he does so well with his doggie sister, Cher. He actually gives her kisses. I’m really happy I found Jack and brought him home. Thanks for being a foster Mom!

November, 2014 Jack Update from his mom: Jack actually has a new brother. His name is Rocko and we were supposed to be his foster parents but we ended up adopting him. He is a 13 week 3.5lb. Chihuahua and he fits in our little family perfectly. I was so excited to read that Jack made the calendar I almost cried! He has such a wonderful personality and he is such a lap cat! He belongs in a calendar. 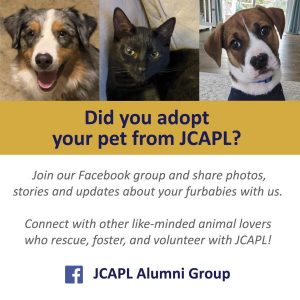 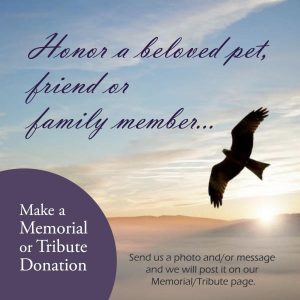 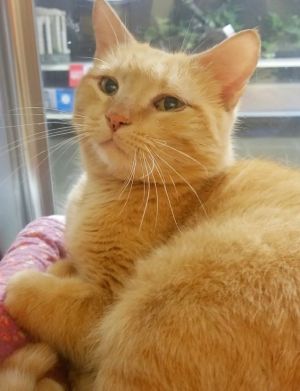